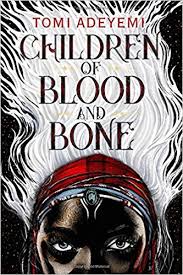 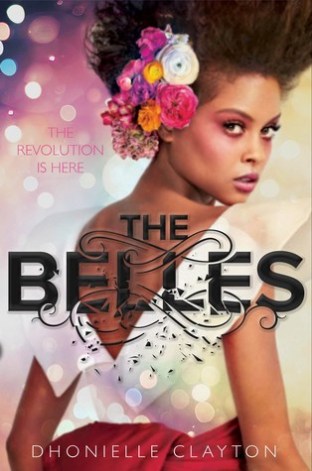 I should note, fantasy is not my first genre of choice. Give me a biography or historical fiction book and I am in heaven. However, students today are fortunate because there is plethora of new, smart, engaging fantasy books on the shelves.

At the NOVA Teen Book Festival a couple of weeks ago, both Tomi Adeyemi and Dhonielle Clayton spoke about the craft of writing fantasy. Adeyemi, a Harvard grad who studied West African mythology found the spark for her book in a poster of strong African warriors. Clayton talked about personal experiences that lead to her book.

While both of the books carried me along from start to finish (at times with a racing heart), the most powerful part of these books for me is found in the author’s notes at the end.

The Belles is about a fantasy world where six beautiful, magical sisters have the power to change everything about a person’s appearance. Set in a fairy princess-like environment, The Belles reveals a society driven by beauty and the fashion of the moment. At the end of the book, Clayton adds a long note about the genesis of the book. She talks about questions of self worth when she compares herself to the images in magazines and in her own world. Clayton cut out pictures of lovely eyes, hair, skin color, body type and pasted the random parts together to try to create just the right mix. Society’s fascination with ideal beauty weighed heavily on Clayton.

After reading her note, I saw The Belles in a whole new light. The book is a commentary on today’s obsession with appearance. What a brilliant way to help young people think about what they value! I was bowled over by the way Clayton used fantasy as a subtle mirror for all of us.

Children of Blood and Bone concludes with an author’s note as well. Adeyemi’s fantasy novel is about a kingdom ruled by an iron-fisted king who banished magic and ruthlessly kills anyone who is part of the communities and tribes where magic presided. The main character, Zelie, watched the king’s men murder her mother, a women with powerful magic and now fights to return magic to her world. The book is fast-paced and even with its 527 page total, I read it in a couple of days.

Adeyemi’s endnote was a surprise. If you had asked me to make a modern day, real world comparison, I would have looked at the Nazis who viciously targeted people based on origin. However, Adeyemi notes, “Children of Blood and Bone was written during a time where I kept turning on the news and seeing stories of unarmed black men, women and children being shot by police. I felt afraid and angry and helpless, but this book was the one thing that made me feel like I could do something about it.”

Children of Blood and Bone is not a commentary on history, but rather a look at modern tragedy. Adeyemi goes on to talk directly to the reader and adds, “If you cried for Zukaikha and Salim (characters in the book), cry for innocent children like Jordan Edwards, Tamir Rice, and Aiyani Stanley-Jones. They were fifteen, twelve, and seven when they were shot and killed by police.”

I commend both Clayton and Adeyemi for writing first-rate fantasy books. More importantly, I appreciate the reflection they offered me as a reader. I am reminded again…books are powerful things.

2 thoughts on “YA Fantasy: The Power of Endnotes”

A Time To Write

Thoughts that may take you on a journey...

Writing from home, school and travel

a place for Middle Grade book-lovers to share and connect

Reflections on Life and Learning from a Retired Teacher

Writing in the month of March

i am jason reynolds

pencilonmybackporch
The Way I See It

One Version of the Truth

Writing Stories by Sally
Fun with Reading and Writing
indent

"When you know better, you do better" Maya Angelou