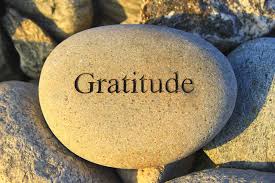 The challenge: Write 31 slices of daily life on my blog

I would run out of ideas,

Reading posts about ordinary lives lived in far away places,

Chatting with friends about the craft of writing,

Sharing struggles to post late at night or in the wee hours of the morning,

The orange stickers Sally gave me to mark each slice on the calendar,

The joy of writing

Slices of life offer a chance to peek into the world of another. These missives brighten my day, broaden my world and help me reflect on my daily choices. I am truly thankful.

I should note, fantasy is not my first genre of choice. Give me a biography or historical fiction book and I am in heaven. However, students today are fortunate because there is plethora of new, smart, engaging fantasy books on the shelves.

At the NOVA Teen Book Festival a couple of weeks ago, both Tomi Adeyemi and Dhonielle Clayton spoke about the craft of writing fantasy. Adeyemi, a Harvard grad who studied West African mythology found the spark for her book in a poster of strong African warriors. Clayton talked about personal experiences that lead to her book.

While both of the books carried me along from start to finish (at times with a racing heart), the most powerful part of these books for me is found in the author’s notes at the end.

The Belles is about a fantasy world where six beautiful, magical sisters have the power to change everything about a person’s appearance. Set in a fairy princess-like environment, The Belles reveals a society driven by beauty and the fashion of the moment. At the end of the book, Clayton adds a long note about the genesis of the book. She talks about questions of self worth when she compares herself to the images in magazines and in her own world. Clayton cut out pictures of lovely eyes, hair, skin color, body type and pasted the random parts together to try to create just the right mix. Society’s fascination with ideal beauty weighed heavily on Clayton.

After reading her note, I saw The Belles in a whole new light. The book is a commentary on today’s obsession with appearance. What a brilliant way to help young people think about what they value! I was bowled over by the way Clayton used fantasy as a subtle mirror for all of us.

Children of Blood and Bone concludes with an author’s note as well. Adeyemi’s fantasy novel is about a kingdom ruled by an iron-fisted king who banished magic and ruthlessly kills anyone who is part of the communities and tribes where magic presided. The main character, Zelie, watched the king’s men murder her mother, a women with powerful magic and now fights to return magic to her world. The book is fast-paced and even with its 527 page total, I read it in a couple of days.

Adeyemi’s endnote was a surprise. If you had asked me to make a modern day, real world comparison, I would have looked at the Nazis who viciously targeted people based on origin. However, Adeyemi notes, “Children of Blood and Bone was written during a time where I kept turning on the news and seeing stories of unarmed black men, women and children being shot by police. I felt afraid and angry and helpless, but this book was the one thing that made me feel like I could do something about it.”

Children of Blood and Bone is not a commentary on history, but rather a look at modern tragedy. Adeyemi goes on to talk directly to the reader and adds, “If you cried for Zukaikha and Salim (characters in the book), cry for innocent children like Jordan Edwards, Tamir Rice, and Aiyani Stanley-Jones. They were fifteen, twelve, and seven when they were shot and killed by police.”

I commend both Clayton and Adeyemi for writing first-rate fantasy books. More importantly, I appreciate the reflection they offered me as a reader. I am reminded again…books are powerful things.

For weeks leading up to a trip,

I plan and consider how to spend

I make more plans than

there are minutes in the day.

However, as I turn the key

in the bolt to our front door,

I breath in the comforting scents

of the kitchen couch.

but home is essential.

As logs burn and melt under

the glowing heat of the fire,

a careful eye must judge

to a shifting stack.

to the pages of an open book. 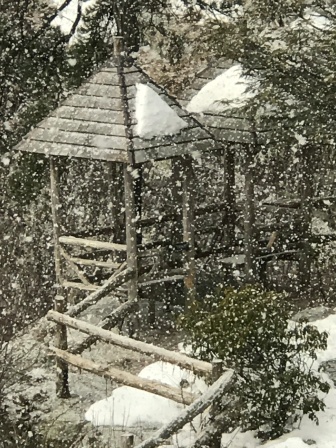 A cold bite in the air,

each breath feels sharp and clean.

The first snow flake falls and

everyone wonders if it is simply

But, flake after flake

It is easy to imagine you

are the only souls

This past Saturday, thousands of people congregated in cities across the U.S. to March for Our Lives. Earlier in the month, our students walked out of school for 17 minutes to honor the students lost at Parkland High School and protest gun violence. In my community, many of those students headed down to the National Mall to march for tougher gun laws.

The swell of student activism reminds me that we must all start where we are…we must stand up for human rights.  Eleanor Roosevelt said it perfectly:

“Where after all do universal human rights begin? In small places, close to home — so close and so small that they cannot be seen on any map of the world.”

What small thing can you do to promote human rights?

Eleanor Roosevelt carrying her own bag at LaGuardia Airport, 1960

I have always been a fan of both Eleanor and Franklin Roosevelt. Franklin had a force of will that allowed him to overcome challenges that would have thwarted most people. In addition, he pulled a tired country up out of the depression with his public works programs and chose to enter WWII when much of America called for isolationism.

Touring the Roosevelt family home in Hyde Park, I learned that at the end of a long day, Franklin would wheel himself to a large dumbwaiter and haul himself up, arm over arm, using the rope of the dumbwaiter, to reach the second floor and his bedroom. The Roosevelts could certainly afford an elevator and the house had electricity but Franklin chose the harder route, relying on his own strength.

Eleanor had a different kind of strength. A visit to Eleanor Roosevelt’s Val-Kill cottage shed new light on this hero of mine. A shy youth, by all accounts, Eleanor grew into a fierce advocate for the less fortunate and a tireless voice for justice.

Val-Kill is the place Eleanor returned after Franklin Roosevelt died. The cottage was a favorite with visiting friends, children and especially grandchildren. It is full of family photos, wood paneled rooms and mismatched stuffed furniture. At Val-Kill, Eleanor Roosevelt feels tangible, warm and inviting. The cottage reminds me of my grandparent’s house.

However, Eleanor did not stop working when FDR died. Her daily syndicated column, My Day, was read by thousands. In fact, she wrote over 8,000 total pieces for her column. She represented the United States at the U.N. and chaired the Drafting Committee for the Universal Declaration of Human Rights. She traipsed around the globe several times over.

Eleanor Roosevelt was raised amid a life of privilege. But, she chose to spend her time traveling alone to distant places to speak for the voiceless. The picture above says it all — Eleanor Roosevelt was tireless. Today, her example of service offers a light we should all follow. 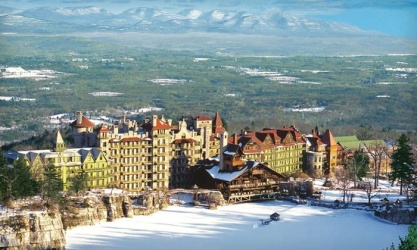 This evening I sit in a chair by the fire in our Mohonk Mountain House room. Nestled in the enormous Mohonk Nature Preserve, the Mountain House is a Victorian-era hotel built in the grand old style. Sweeping wooden staircases lead to hallways filled with large oak doors.

In the afternoon, tea and cookies are served in the great lounge and dinner takes place in a beautiful, big wooden dining room fronted by large paned windows. The Catskill Mountains rise up beyond the windows, offering a breath-taking view as the sun sets.

There is no television in our room and once I finish this blog post the last electronic device will be shut down for the day. We brought large book stacks and spent the late afternoon hours roaming the hotel scoping out inviting reading nooks.

Rest and relaxation, along with the restorative power of books, is the perfect recipe for the ideal spring break.

The seconds tick by,

and the doors fly open

as the flow of students

pulses through the front doors,

toward the comfort of a

I once had a college professor who suggested the best practice for a writer is to sit in a coffee shop or restaurant and observe life.

“A large, gregarious man settled himself in a booth opposite a quiet, petite woman. As he unfurled his napkin he announced, “now to tell you more about myself….”

A Time To Write

Thoughts that may take you on a journey...

Writing from home, school and travel

a place for Middle Grade book-lovers to share and connect

Reflections on Life and Learning from a Retired Teacher

Writing in the month of March

i am jason reynolds

pencilonmybackporch
The Way I See It

One Version of the Truth

Writing Stories by Sally
Fun with Reading and Writing
indent

"When you know better, you do better" Maya Angelou